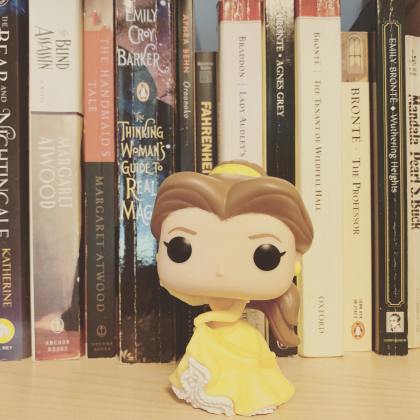 It’s our last LIT(erature) Summer episode and the end of Season One! We’re looking at the original 18th Century French fairy tale Beauty and the Beast and trying (unsuccessfully) to not reference Disney. We delve into other Beast and Beauty tales and the lasting impact of the story on literature, film, and culture.

Support the show on Patreon for as little as $1 a month.

Dark origins of Beauty and the Beast (this article credits de Beaumont, unfortunately, but it gives a great background on the sources for the tale)

An illustrated edition of the original novella

Psychology of Beauty and the Beast

A look at the psychology in the Disney musical

Deconstructing the myth of women loving men into better people

I feel it would be irresponsible not to include some resources here.

If you or someone you know is involved in an abusive relationship and want help, visit Futures Without Violence.

If you are in immediate danger, call 911.

Become a member on Patreon